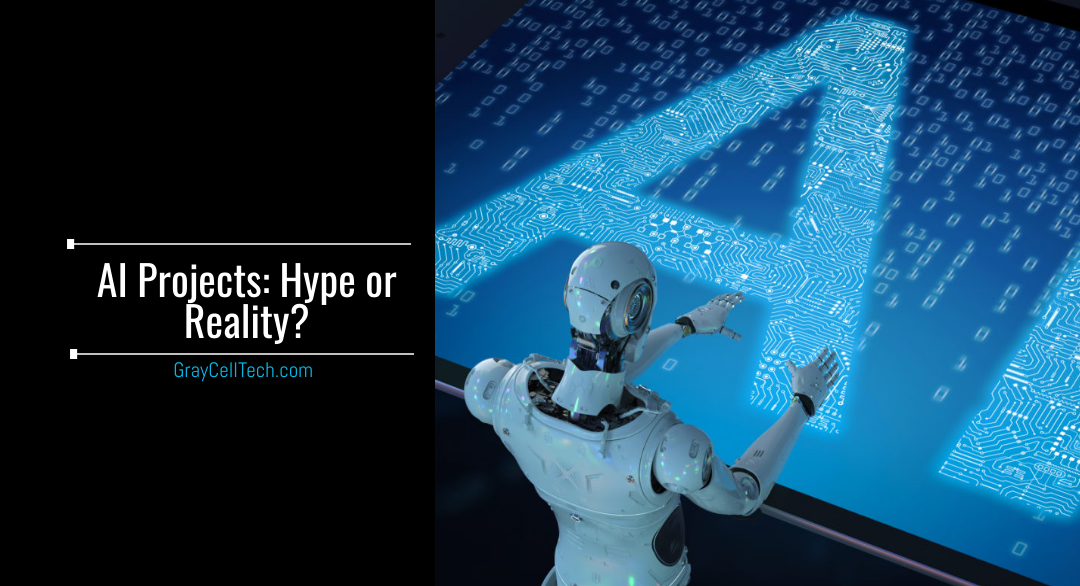 Artificial Intelligence, popularly known as AI, is the latest technology trend that has drawn the attention of many tech companies. From Apple’s Siri, Netflix’s recommendation to Amazon’s shopping, AI is ubiquitous. Even the banks and insurance firms are also using AI. Also, those companies that have not yet used this technology will soon realize its potential and incorporate it into their business operations.

AI has become a talk of the town where everyone has an opinion about it. However, this has also led to confusion and misinformation related to this technology. There is a lot of hype in the media about this emerging technology that can get scary after a certain point. So, let’s discuss what is hype and what is real in this technology.

Is Artificial Intelligence All About Robots?

Folks often get confused between AI and robots. Robots are machines that can be programmed to carry out a series of actions manually, semi-autonomously, or autonomously. Not all robots are intelligent. On the other hand, artificial intelligence is a branch of computer science that helps in developing computer programs. For instance, Alexa, AI algorithms used for Google Search, Amazon’s recommendation engine, and many more.

Robotics and AI can be amalgamated to build artificially-intelligent robots (also known as AI robots). AI programs are used to control these robots; however, not all AI programs can control robots.

Is There No AI without Machine Learning (ML)?

It is often heard that AI without ML is just like a car without an engine.

“Do you think AI without ML is possible?”

If no, then you are wrong! AI is very much possible without ML.

Machine Learning was not always the heart of AI. Earlier, researchers had found methods to create AI without ML, which are still used. Machines were designed to formulate output according to inputs represented by symbols. From the mid-1950s to the late-1980s, symbolic AI research was popular. GOFAI, i.e., Good Old-Fashioned AI was based on a human-understandable symbolic system. It was first used by John Haugeland in his book –  “Artificial Intelligence: The Very Idea” in 1985. This book is all about AI without ML. Hence, GOFAI is the reason for machine learning. For instance, irrespective of the progress in NLP (Natural Language Processing) through ML, many chatbots are still solely based on GOFAI.

When the input is certain and definite, symbols are used to represent them; in case of uncertainty, such as predictions, representation is done via fuzzy logic as seen in Artificial Neural Networks (ANN).

Will AI Displace Your Job?

In the US, there is a fear of job displacement due to AI and RPA (Robotic Process Automation) technologies. It is said that jobs like truck drivers, retail stores, and many others will no longer exist in the future.

There has been the same fear of other technologies such as the invention of the personal computer in 1980 led to rumors that computers would lead to mass unemployment. However, in reality, it created more jobs.

Thus, AI is similar to a personal computer. It will create new jobs for the workers, but the only concern is that will the workers be able to do these new jobs?

Singularity is a hypothetical situation where AI technology will grow in such a manner that it will become uncontrollable and irreversible and result in unfathomable changes to human civilization. This means the AI robot will enter self-improvement cycles, upgrade itself, and advance to become super-intelligent, and thus, surpass human intelligence.

Even though AI has successfully accomplished many goals, from beating humans in various games to detecting cancer in humans, AI has still a long way to go. AI robots are far away from reaching human-level intelligence as they are developed from limited AL algorithms.

We can say that not all the news that you hear about AI is true. So, there is no need to worry about the AI technology. You must embrace this emerging technology and incorporate it into your existing business processes to get better ROI.