All The Amazing Features of ASP.NET Core 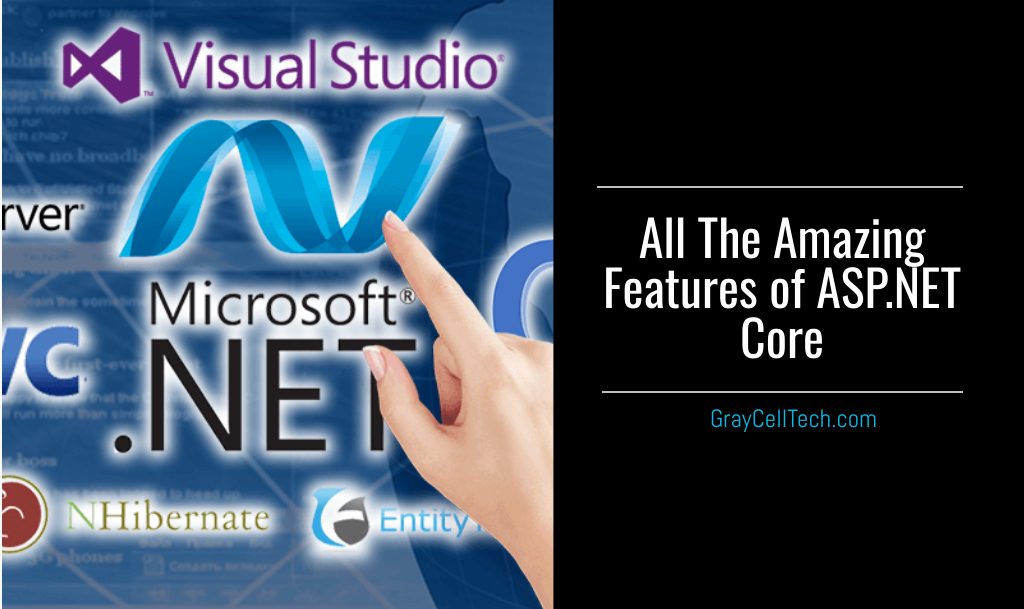 To be a crackerjack, one should be acquainted with new technologies that are responsible for a booming market full of innovative products and today’s exciting experiences. Embracing technology is not easy due to the plethora of new updates, new apps, and other new big crazes. But for professionals of a particular field, adopting an update is not a big deal. They only have to get their hands dirty on all the new features and upgradations as the basics remain the same. Today’s pick is a framework that enjoys the title of best web development framework- Microsoft’s new version of ASP.NET Core. It is a powerful cross-platform, open-source framework introducing very forward-looking ways to create great-looking Web properties. It enables web developers to deploy highly scalable web applications with the addition of every update, new and extended features. Let’s discuss all its features in detail.

ASP.Net Core 3.0 is an open-source, modular, community-focused framework to build superior quality applications. It consists of many new features as well as some fundamental changes to existing features. Let’s start with its main features.

Asp.net Core applications can now run on any platform like Mac OS, Linux/Unix systems, and no more restricted to Windows only. Earlier, Asp.net apps were not able to run on Linux and Mac, but now there is no need to create different apps for different platforms using different frameworks. It facilitates the developers to select an operating system for app development. With the cross-platform nature of ASP.Net, their applications can be made available to more and more users across different platforms.

Containers in cloud computing is a logical packaging mechanism used to include code and all related dependencies in an image such that an application can be tested and run quickly as well as effectively in different computing environments(hosts). Containers offer virtualization at the operating system level. Asp.Net Core development provides support to utilize these modern container technologies such as Docker- containerization platform, Kubernetes- container orchestration system, etc.

Performance is one of the key concerns of developers while building robust web applications. ASP.Net Core libraries, tools optimization, faster release cycles, new concepts related to space & memory allocation aid developers to write efficient & maintainable codes with high performance. Giving a high priority to high performance and introduction of the Kestrel web server made the ASP.Net Core as one of the fastest web frameworks available in the market for IoT, mobile applications & clouds today.

ASP.Net Core has combined the MVC and Web API frameworks instead of separate structures. It gives a better and simplified development now as there was a lot of confusion with the two frameworks.

Razor pages are also included in ASP.Net features that encapsulate the model and controller code. It makes coding more productive where each page is self-contained with its view and code organized together. It allows two-way data binding with which the development of scenarios gets more fluid with isolated concerns.

Dependency Injection is one of the most important features of ASP.Net Core. It gives a loosely coupled code that is necessary to achieve extensibility, testability, and maintainability. Dependency injection is used by all the framework dependencies like routing, loggers, configuration, etc.

ASP.Net has a powerful and highly secured framework that generates anti-forgery tokens to prevent CSRF attacks. Cross-site request forgery (XSRF or CSRF) refers to an attack vector that tricks a web browser into an unwanted action on a web application when the user is logged in. This can result in unauthorized fund transfers, changed passwords, data theft, damaged client relationships, and more. So, the dot net core 3 framework validates all the incoming XSRF tokens. An operation gets executed only if the validation is successful.

ASP.NET Core applications can run as standalone Console applications without IIS hosting. These can be self-hosted or hosted on Nginx for Linux distributions. One can easily deploy an app with kestrel for non-server based use cases where IIS serves as a front end proxy only.

In ASP.Net Core, response caching comes as a middleware service to store and serve the responses from a cache. It reduces the number of requests to the web server as well as the amount of work the web server performs to respond. It adds cache-related headers to HTTP responses where the primary one is Cache-Control.

ASP.Net Core facilitates the internationalization features to cater to the critical aspect of web apps for localizing into different languages and cultures. It involves both globalization and localization. Globalization allows us to have a web application that supports multiple cultures and cultural preferences. It displays the data in the selected language.

Swagger or OpenAPI is a framework to design and document Restful APIs easily. It helps the developers to test and manage the application while designing an API. .NET Swagger implementations give numerous benefits like interactive documentation, client SDK generation, API discoverability.

Along with all the aforementioned features, ASP.Net Core development has numerous other features as follows:

ASP.NET Core is a high-performance open-source framework to take full advantage of development tools on Windows, macOS, and Linux. It gives extensive opportunities to create modern cloud applications & services, IoT applications, mobile back-ends, etc. ASP.NET Core is an excellent choice for developing web applications but it is recommended to check that it caters to your project needs. GrayCell Technologies can produce innovative, feature-rich, compelling web solutions to suit your business. Feel free to contact and enjoy our hassle-free web app development services.