Does Your Web Project Need Sass? 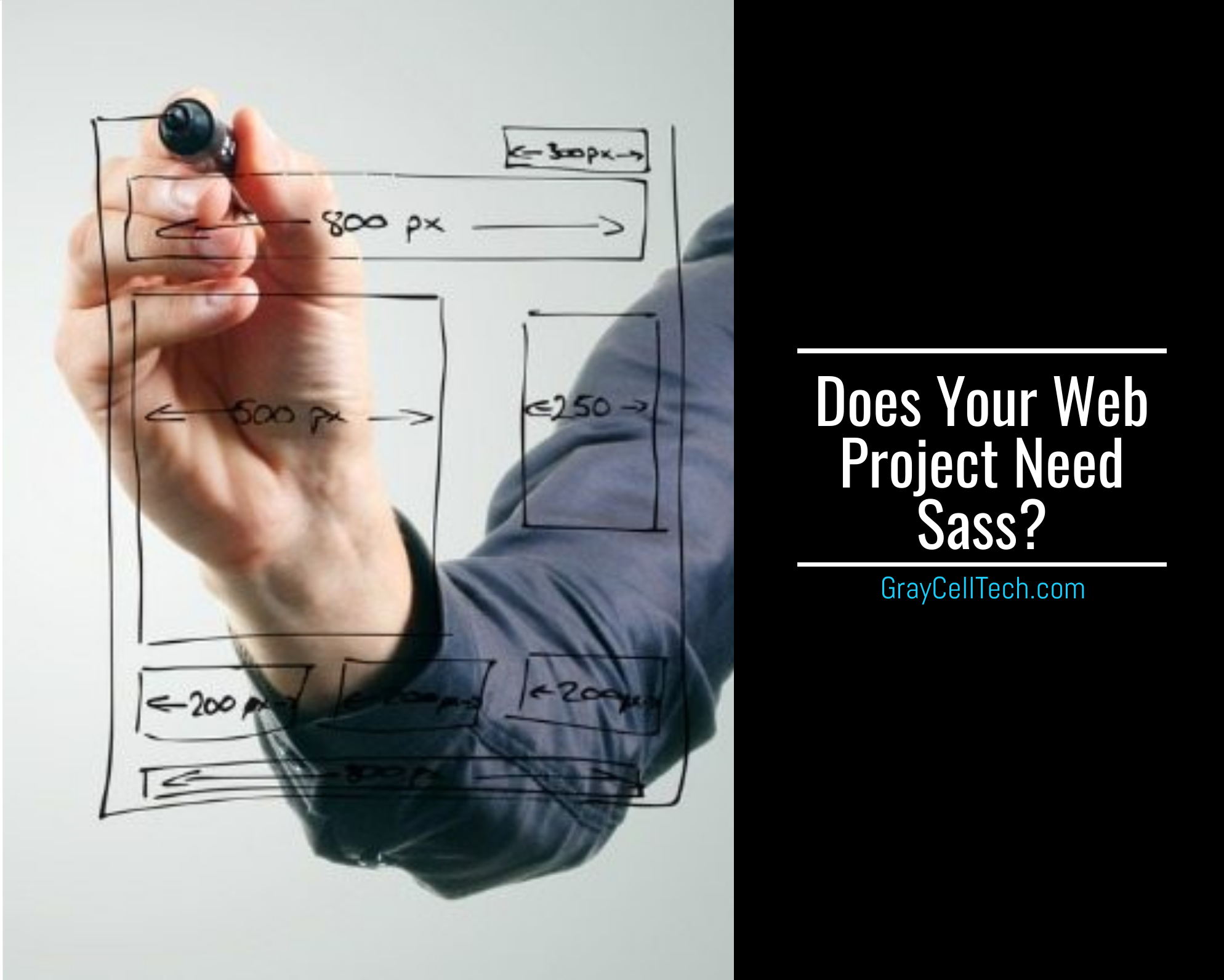 Web projects are getting bigger with each increasing day with the continuous evolution of the web and browsers. CSS remains the mainstay of modern web design but the maintenance and readability of lengthy CSS codes are tough. It poses difficulties in structuring the code, wastage of developers’ time and efforts for little changes, increased cost of projects, and much more. Here, Sass comes into play to deal with CSS limitations. It is one of the most popular and acceptable CSS pre-processors. Sass helps to write more readable, reusable, and maintainable CSS code.

In this post, we’ll walk through the following aspects- why to use CSS Preprocessors in web development, what is Sass, what are the main features and why do we need it.

CSS seems incomplete for big web projects as reusing a definition and building a maintainable code are hard to achieve. Pre-processors expands the capabilities of CSS with awesome gains like variables, mixins, nesting, pre-built functions, code optimization, and other usable assets. A good preprocessor facilitates a slew of features that makes the code cleaner and easier to extend and maintain. This code can later be compiled as normal CSS using respective compilers, which in turn browsers can interpret easily. Sass is an example of such a CSS pre-processor that provides advanced features to modularize the code and keep style sheets concise.

Sass-Syntactically Awesome Style Sheet is a powerful CSS preprocessor that has the full backward compatibility with CSS. It uses the SassScript language in which a developer writes in before compiling the code as CSS. Even, the newer Sass syntax-SCSS(Sassy CSS) has an extension .scss that is very close to CSS standards. It offers a variety of new features including variables to store values, selector inheritance, nested rules declarations, mixins for common snippets & libraries, and more for well-organized large style sheets resulting in time-saving with the overall improvement of the project.

Let us discuss the main Sass features in detail as follows:

Reusable values are stored in the Sass variables. These variables can be used to set specific font-colors, font-stacks, or any other values according to future re-usability. It removes the overhead of moving back and search for the right code every time. It works best when using standard colors for inspiring brands throughout the style-sheet.

Nesting CSS selectors facilitates the users to follow the same visual hierarchy as HTML. It improves readability by styling so avoid over-nesting as it can increase the complexity and prove hard to handle.

Mixins enable developers to reuse blocks of code throughout a site. It groups reusable CSS declarations to create a template for complex CSS. Even, arguments can be passed to make the mixin more flexible.

Partials are the files used to modularize Sass. These hold the Sass snippets to be included in other Sass files. Partials organize the Sass and save a lot of time that is otherwise spent on finding the correct styles to modify.

@extend is used in Sass to share CSS properties from one selector to another. It is an important feature that not only reduces code repetition but also minimizes the code to make it available for reuse.

Other features are operators, rules and directives, and more that help to organize code. Besides the features, several tools came into the market with the growth of Sass that makes Sass usage easy. For example, Sass Playgrounds for beginners as well as tools for advanced users like Scout to convert .scss to .css, Compass- the CSS authoring framework, Bourbon Neat – Grid framework on Sass, etc. The choice of the right tool depends on the project needs and expertise level of a user.

Why Do We Need SASS?

SASS is correctly pointed out as “CSS with Superpowers”. It has become an essential part of modern web design. It has numerous benefits that revolutionized the way developers used to write CSS. It presents short and clean programming construct for finer document styling than traditional CSS design.

Sass features have transformed the CSS while providing better consistency and a lot of time-saving. It gives an advantage to developers of writing less code overall. All in all, it comes out with a modular and easier to work code to keep a responsive design project more organized.

Sass is nothing less than a blessing for front-end development. It can keep everything in a logical structure by splitting code into separate modules. Sass makes it easier to write and maintain front-end code for large web applications. If you are still wondering, just get your hands dirty. Simply, explore the possibilities on your own by coding it out.  Believe it, the versatility of Sass will impress you !!