Migrating From ASP.NET To .NET Core: Everything You Need To Know 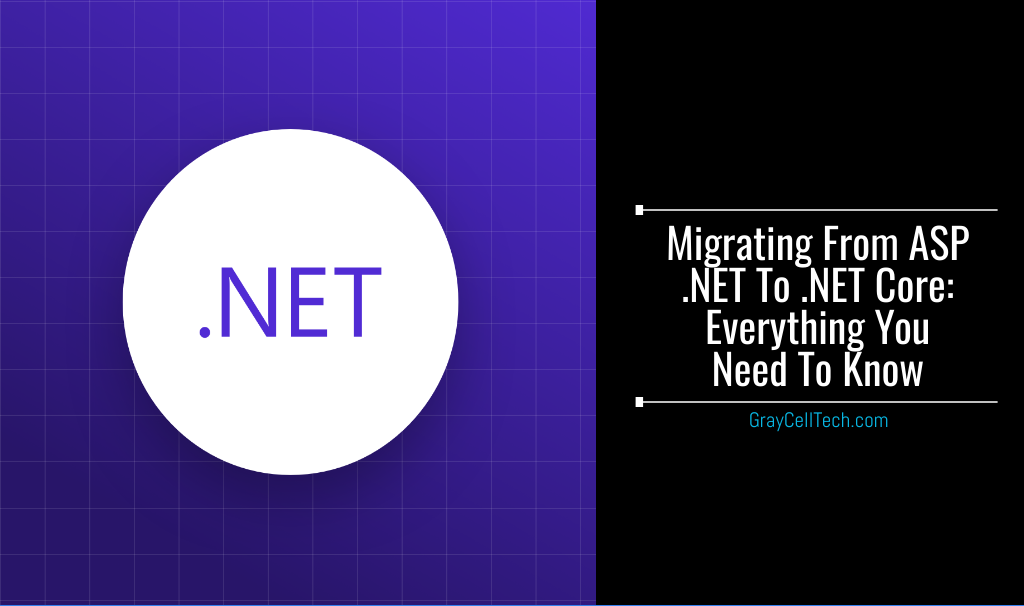 In recent times, .NET developers have faced the question of moving their project from .NET to .NET Core. To migrate from ASP.NET to .NET Core is a smart move due to the following reasons:

.NET Core aka ASP .NET Core provides a cross platform support that was not present in its previous editions (.NET versions). It allows developers to build apps that support Linux, Mac and Windows platforms. It also provides modern architecture to build cloud and IOT applications.

.NET framework is upgraded to provide enhanced performance along with speed and efficiency. The modern architecture is built with containerization and microservices that enable .NET Core to manage apps built with numerous microservices to make sure that scalability doesn’t remain a problem any more.

Following steps will help you to migrate to .NET Core:

Some Additional Points To Take Care of while .NET Core Migration:

Useful Tips For a Smooth .Net to .Net Core Migration:

It is always advised to pre-plan things to ensure continuous monitoring, network readiness, code safety and provisions to fix issues in case they arrive.

Migration of a project is completely dependent on the project requirement and architecture to support it. We have tried to cover the small but essential steps that we can sometimes miss, which can cause issues and require a complete repeat of the process. This blog will help you to eliminate that repetition and you can start working in the first go.