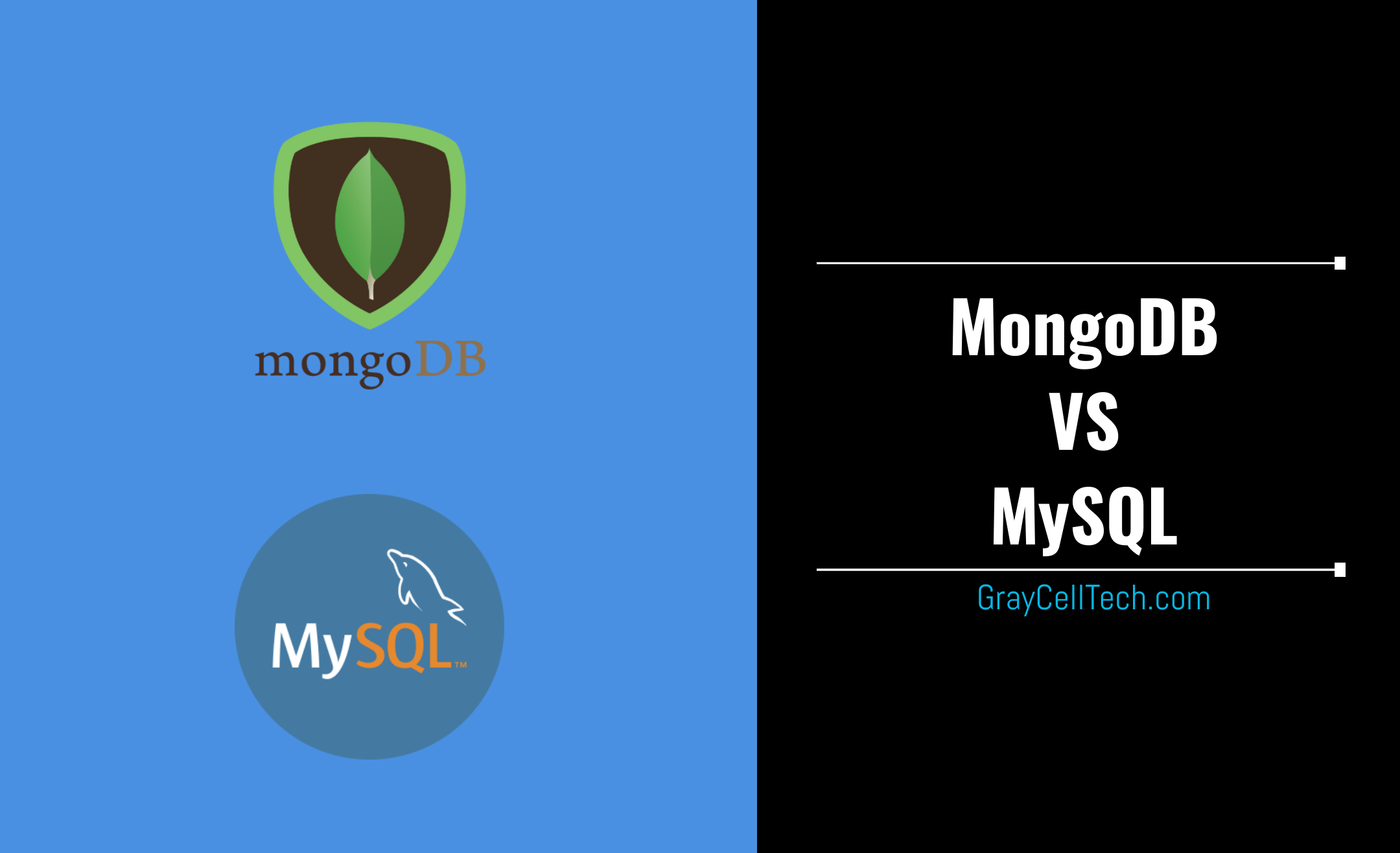 Earlier, organizations that require a relational database opted for MySQL. However, with the increase in the data volume, non-relational databases (such as MongoDB) have become popular among organizations as it caters to the requirements of our fluid data. Today there is stiff competition in the market between the newbie and the veteran (MongoDB vs MySQL). Entrepreneurs often find it difficult to choose the right kind of database for their business. In this blog, we will understand the key differences between MongoDB and MySQL that will help you to decide the most suitable database for your business.

Difference Between MongoDB and MySQL

MongoDB stores data in the form of JSON documents varying in structure. It enhances the query speed by storing the related data sets together that can then be accessed using the MongoDB query language. This database allows developers to create documents without defining the document structure. MongoDB is used by organizations such as Twitter, Sony, Foursquare, and Flout.

MySQL database stores data values in tables and can access these values using SQL. It uses the schema to define the database structure. In the schema, rows of the table must have the same structures and their values must be represented by specific data types. MySQL is used by organizations such as YouTube, PayPal, NASA, and Pinterest.

In MySQL, when the index is not defined, the entire table is scanned by database engines to find the relevant rows.

MongoDB is written in C, C++, JavaScript languages, and contains binaries. This database supports various platforms like OS X, Windows, Solar is, and Linux systems. On the other hand, MySQL is written in C, C++ language, and contains binaries. It works in a variety of operating systems such as OS X, AIX, Linux, Microsoft Windows, FreeBSD, and Net BSD.

MongoDB offers Enterprise-Grade Support that extends beyond the break/fix model. It provides 24X7 support along with an extended lifecycle support add-on. This helps to upgrade to a newer version at your own pace.

MongoDB works with data (i.e., flexible JSON documents) that speeds up the development cycle by four to five times. MongoDB naturally documents the map to the object-oriented languages that simplify the visualization of how the application data is mapped to data in the database.

MySQL uses a rigid table structure model due to which it takes much time to create applications.

MongoDB uses a single document to store the data for an entity and thus, makes applications faster. It facilitates developers to read and write data all in one place.

In the MySQL database, the data spread across different tables which means multiple tables are accessed to read and write the data. This helps to lower the speed of the application.

The MongoDB 4.0 version added the support for multi-document transactions that made it a powerful open-source database in unstructured space. Although there are some limitations in terms of unsupportable operations, MongoDB is still a major boon for developers.

MongoDB is completely built on a distributed architecture i.e., it offers data localization using automatic sharing and replica sets to maintain “always-on” availability. This makes the data globally available when it is kept locally for low latency access and governance.

MySQL is not developed on any distributed system architecture. A new distributed database (MySQL Cluster) is added in the MySQL offerings.

MongoDB is better than MySQL as its drivers and APIs are native to the developer’s programming language.

Although MySQL has JSON support, developers have to interact with the JSON data using multi-layer SQL functionality.

Both MongoDB and MySQL have their benefits and limitations. You can simply choose MySQL for your organization if you have to support a legacy application or your data requires multiple row transactions. However, MongoDB is worth considering in case you need a more flexible schema-free solution for your unstructured data.