.NET Framework vs .NET Core: Which is the Best Technology for Your Enterprise? 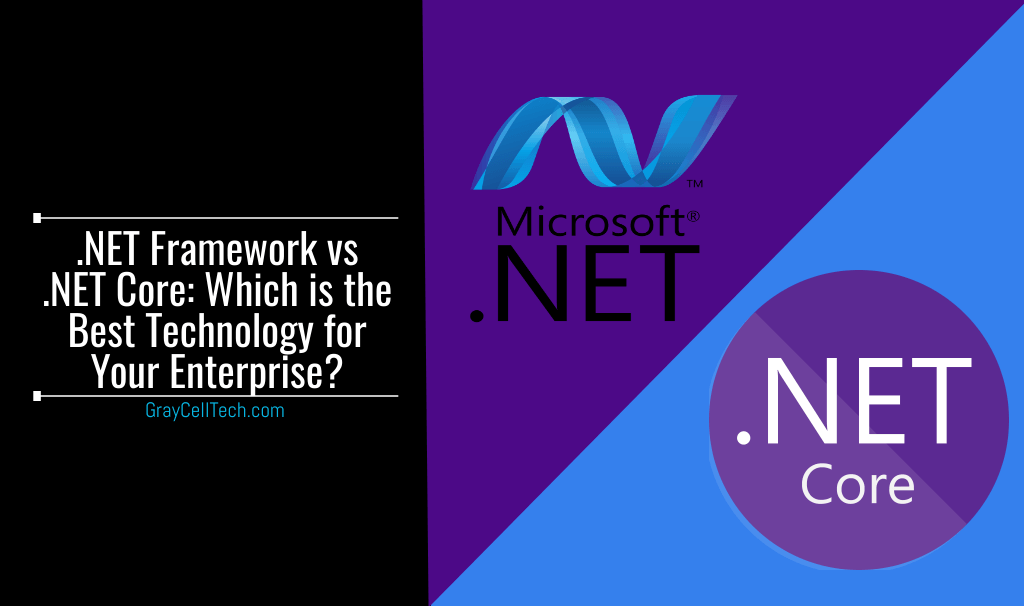 To start working on the .NET framework, the foremost question that comes to every developer’s mind is – which platform should be used to start with. If you are among one of them, then this blog is for you. We will explain which one should be your choice .NET framework or .NET core and more importantly, why?

Let’s take a deep dive to understand what they actually are and what should be our choice?

The .NET Framework (commonly termed as “dot net”) is software development platform built by Microsoft for developing and running a broad range of applications. Just for information seekers, the original name of .NET Framework was Next Generation Windows Service. This cross platform framework accepts large codes in multiple languages that makes it the best fit for developing mobile, desktop and web applications. .NET Framework also has a runtime environment for creating windows apps and web services. Nowadays, it is one of the most popular framework among leading IT giants across the globe. The main goal of creating .NET Framework is to provide an easy to use object oriented environment i.e. supported by several languages that results in making development easier.

The .NET Framework is equipped with two main components:

Now, if we move on to the second part, which is the best technology for your enterprise? Then our answer will be, it completely depends upon your requirement. Because both of them (.NET Framework & .NET Core) have their own unique features based on the need and requirements of the project. So it is helpful to know about their important features & limitations so that you can make an informed decision. We will try to cover them under the following points:

After going through the blog, it is evident that .NET Core provides a lot more benefits to .NET developers and enterprises than .NET Framework. Apart from this, the runtime of .NET Core makes it the first choice of developers to build SPAs (Single Page Applications), especially with React JS.