How it all began?

GrayCell is one man’s entrepreneurial vision and over 70 professional’s way of life today. GrayCell really is its people. It has been so when GrayCell was a 3-member team way back in its founding year of 2004, it is the same when its team is a formidable 70 today. GrayCell’s mates come from all walks of life, speak a dozen different tongues, just like the country we belong to. The common thread that connects all of us is our love for technology and the ability to constantly find ways to keep the excitement in app building at an all-time high.

GrayCell is Founder/CEO Munish Jauhar’s solution to the void tech-support segment develops time and again. He walked with the idea of a company that made outstanding solutions everyday throughout his days at Quark Media House and a US-based start-up called Visions. When he called it quits at Visions, his vision was already firmly in place. The vision has translated to a business that keeps over 200 businesses running in USA, Europe, UK, Asia and Australia. The awards on our shelves speak nineteen to the dozen about our grandiose journey. We have the Most Promising Entrepreneur Award 2011, we have the IT Innovation and Excellence Award 2012. We also topped it off by winning the “Jewel Of The Crown” awards for Excellence for “Socially Active Unit” Awards in 2010, 2011 and 2013. We also have the Amity Global Business School CSR Awards-We Care 2013 adorning our shelves and our lives.

As much as technology drives us, so does our responsibility to the world we operate in. We uphold cultural values and human life. We do whatever we can to make out planet more liveable. For the same reason you will find us working with equal gusto at tech fairs and seminars and also blood donation camps, tree plantation drives, charities for orphans and women in need. The success of our chosen path in CSR is the acknowledgment and awards received from the Chandigarh Government. 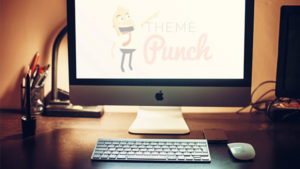 Lets Get Started
your project

We will help you to achieve your goals and to grow your business.