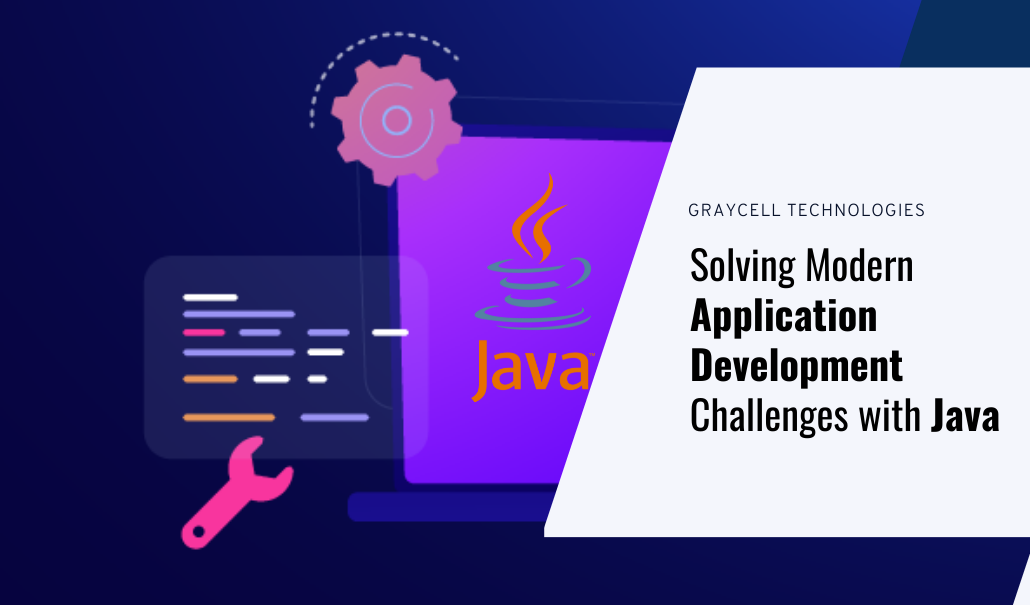 The digital world is evolving at an aggressive rate, and a majority of the companies are exploring unique ways to modernise their services. Today many companies are seeking to build high-end software for driving better growth and solving some of the industry’s biggest challenges. Unfortunately, the process of modern architecture is never straightforward. Developers have to overcome hurdles in order to achieve their goals.

These organisations find themselves striving for various tools for reliable and operative development. Java is one of the most popular and widely used programming languages. Its popularity among developers is overwhelming, as it is used by almost 10 million developers and executed on more than 15 billion terminals worldwide. Java is even more robust for creating an app, and this is not the only reason behind many industries choosing Java. The versatility of the Java language allows it to be used for developing android, desktop, games, and web applications.

Java is a high-level general-purpose programming language and software platform that runs on billions of devices, including computers, mobile devices, gaming consoles, notebooks, medical devices, and much more. Java is designed on the basis of “write once, run anywhere”, which means once you have written code for a Java program on a computer, it is very easy to move the code to a mobile device. Java was developed by James Gosling at Sun Microsystems in 1991. In 2009, it was acquired by Oracle for a whopping $7.4 million.

What Is Java Used For?

Here are some important Java applications:

If you are an application developer, you already know what Java is, and it’s pretty obvious that you have written thousands of lines of Java code. However, it would be wrong to view Java only for computer applications. The Java language is at the heart of the Android operating system, which powers millions of the world’s smartphones. Java is also among the most popular programming languages for machine learning and data science applications.

Platform independence is a main feature of Java. Existing computer applications can be used to run on any device with limited resources. With Java, you can migrate applications from mobile to desktop and vice versa, and this feature bypasses lengthy and expensive development cycles.

IoT (internet of things) and Java are said to be a perfect match — why? Because the typical IoT application interconnects a large number of devices, and as you read earlier, billions of devices run Java. You can securely analyse data between various connected devices because Java is considered highly suitable for connected devices in enterprise business solutions.

The technical benefits of choosing Java are good, but the business reasons for choosing Java are even better. As more companies are on the path of digitization, the demand for skilled developers continues to grow. Java has a large talent pool. If you have job openings for Java developers, you can expect to receive many qualified resumes. Alternatively, you can hire developers on a contract basis or for specific tasks.

With senior-level developers, the organisation also needs junior developers. Many computer degree holders choose their career path with the Java language because it is easier to learn.

In the area of programming tools, Java offers a range of IDEs like NetBeans, Eclipse, and IntelliJ IDEA, which are best used by Java programmers. But if you want to use a lightweight IDE, you can go for DrJava, BlueJ, JCreator, or Eclipse Che.

Java is one of the long-standing programming languages. Even after its 28th year, with each new release, Java significantly increases its scalability, adaptability, predictability, and much more. For such a dynamic programming language, having regular updates is amazing. Whether you have a giant project or a small project, you can handle them easily in Java. Working with GrayCell Technologies, you’ll have access to best-in-class Java development services to help accelerate your business goals by making every process more robust.