The State of Serverless Computing in 2020 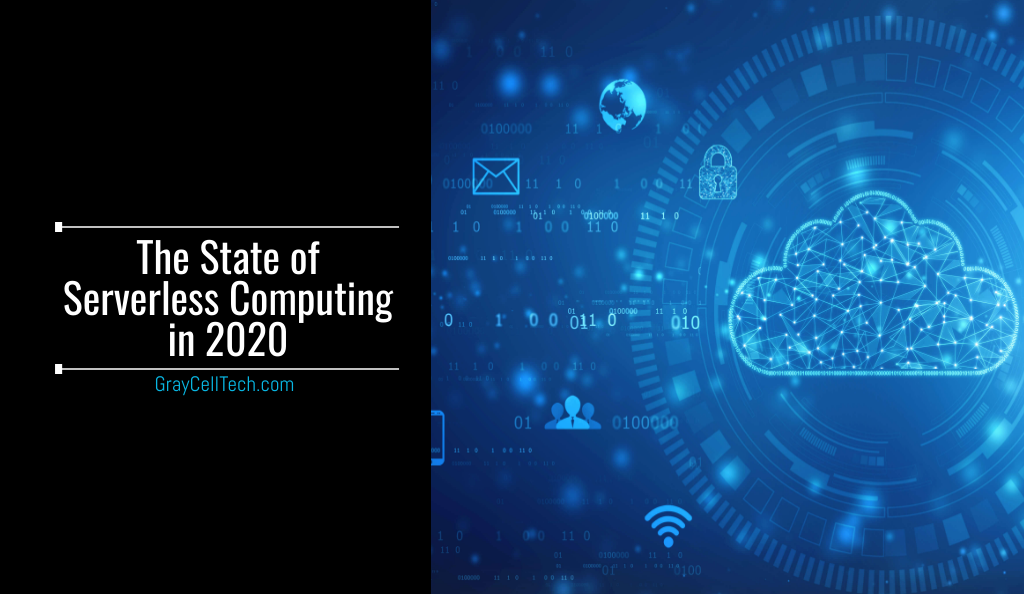 COVID -19 has affected the lives of each and every individual in such a way that their future is still uncertain. That’s why entrepreneurs are searching for ways to cut costs. Going serverless is one such way of cost-cutting in the IT department. Rather than relying on on-site servers, you can opt for a potential solution, i.e., serverless computing.

In this blog post, we’ll discuss serverless computing in detail.

What is Serverless Computing?

It is an execution model for the cloud. In this model, a cloud provider allocates dynamically and then charges the user for only the computing resources and storage needed to execute a particular piece of code.

In serverless computing, for team writing and deploying the code, there are no servers to manage or provision. Now, although serverless architecture means no servers are required, the serverless world still involves servers. However, the provisioning and maintenance of these servers are taken care of by the cloud provider. You do not have to manage a host, patch a host, or deal with anything on an operating system level.

Earlier, serverless computing was referred to as back-end-as-a-service, in which a mobile app would connect to a back-end server hosted entirely in the cloud. But now, serverless architecture refers to function-as-a-service, in which a customer writes code to tackle only business logic and uploads it to a provider. The provider then takes care of all the hardware provisioning, virtual machines, content management, and even tasks (for eg., multithreading) that are often built into application code.

Serverless functions are event-driven, i.e., the code is invoked only when triggered by a request. The user does not have to pay a monthly fee for maintaining a physical or virtual server; he pays for the compute time used by the execution of the code. These functions can be either connected together to create a processing pipeline or serve as components of a larger application, interacting with other code running in containers or on conventional servers.

Why Do Businesses Opt For Serverless Computing?

Serverless computing helps the DevOps team to focus on code as it relieves the team from its responsibilities of provisioning, purchasing, and managing back-end servers. Serverless architecture helps developers by offering increased scalability and flexibility, faster time to release, and reduced costs and operational overhead. These benefits drive the fast adopting services, such as AWS Lambda, Google Cloud Platform, and Microsoft Azure.

Serverless Architecture is not useful for all app developers. This technology was widely available since 2014 when AWS Lambda was introduced as the first public cloud infrastructure vendor with an abstract serverless computing offering. Serverless technology is young, and like any other technology, it has its cons, such as testing and debugging challenges, security concerns, performance issues, and vendor lock-in risks.

Since the serverless environment does not involve you to manage servers, databases, queues, containers, and cost savings of the pay-as-you-go economic model, you need to weigh the known risk against this benefit.

Serverless architecture is not suitable for long-term tasks. Most of the serverless providers will not allow your code to execute for more than a few minutes. Also, when you spin up a function, it does not store any stateful data from previously run instances. If your application requires low latency, then it will be a problem that serverless code can take as long as several seconds to spin up.

Another biggest challenge is vendor lock-in. Although open-source options are available in serverless architecture, the big commercial cloud providers dominate the serverless market. It means developers often end up using tools from their vendors, which makes it hard to switch if they grow dissatisfied. Integrating serverless code into in-house development and testing pipelines is difficult.

In 2014, the launch of AWS Lambda (a platform based on Amazon’s cloud service) gave birth to the modern age of serverless computing. This suit was followed by Microsoft’s Azure functions in 2016. In 2018, Google Cloud Functions reached production status. The services of these three serverless computing platforms have different advantages, limitations, supported languages, as well as ways of doing things. However, AWS Lambda is the most important as it had the most time to evolve and mature.