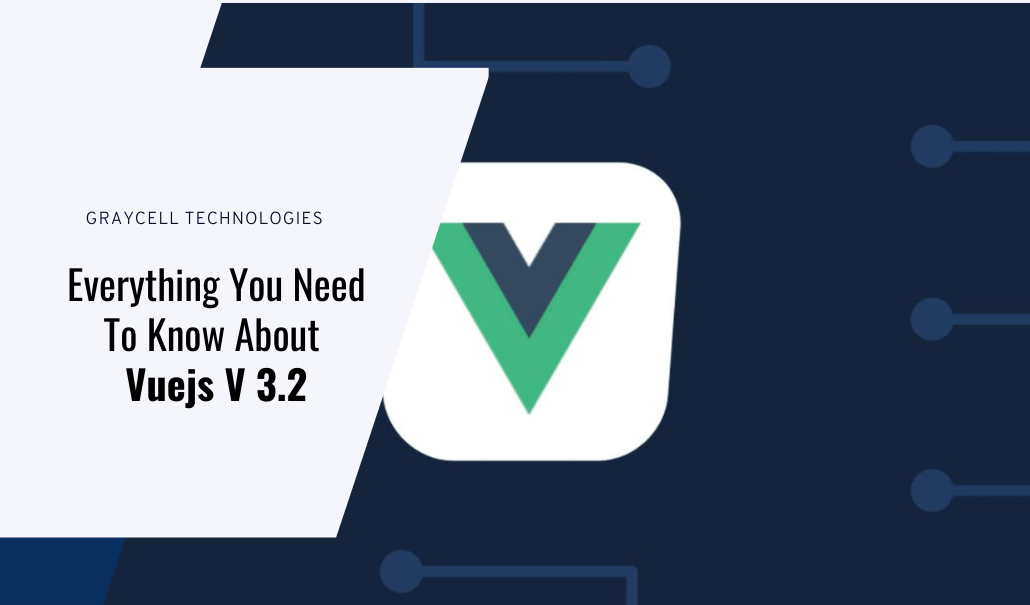 Popular JavaScript UI building framework Vue.js has released its new version 3.2. This new version is being nicknamed “Quintessential Quintuplets” that has better performance as well as improvements in web components and single-file components. Vuejs 3.2 is capable of powering complex Single-Page Applications when used in a blend with libraries and modern tooling.

Vuejs is an impressive framework for creating user interfaces. With the upgrade, Vue.js intends to simplify state management, lower memory usages, and faster dependency tracking. Along with this, the performance of the template compiler has been increased, with faster creation of virtual nodes. Unlike other frameworks, Vue is designed to scale up the user interface and make them incrementally adoptable.

Web Components are a mixture of different types of technologies that allow you to create reusable elements and use them in your web apps. These elements come up with their basic styling and some internal logic. Web Components allow developers to make their custom elements.

// here you can use normal Vue component options

// After registration, all “ tags

// on the page will be upgraded.

This API allows developers to make Vue-controlled UI component libraries.  That can be further utilized with any system. Having this type of API is important because components are needed to be integrated in various transformed tasks.

Two new components for SFC (single file components or .vue files) have been upgraded from experimental status to a stable stage.

This new version of Vuejs includes some remarkable performance improvements to Vue’s reactivity system. It has 40% faster dependency tracking with 17% less memory usage than the older version of Vuejs. On the other hand, there is a new v-memo directive that offers the ability to memoize some portion of the format tree. V-memo hit permits Vuejs to skip the Virtual DOM diffing with the production of fresh new VNodes (virtual nodes).

Vue.js comes up with lots of amazing frontend development tools that require minimum or sometimes no configuration from you. For example, it supports tools such as webpack and babel. On the other hand, it also provides server-side rendering (SSR), end-to-end testing libraries, unit testing easy-to-use routing systems, and more.

The latest release of Vuejs doesn’t have any public API breakage but still has some compatibility related notes:

In the latest version of Vue.js, now developers can build a scope via Effect Scope API and they can also use effect scope API for directly managing the removal timing of receptive impacts. This is a low-level API to an extent expected for library authors where Composition API improved the quality of the code, so it’s prescribed to study the feature’s RFC for the inspiration and use cases of these elements.

The interface is a reflection of the collection of event and discarding capacities reachable in a component’s arrangement(). Before its inception, effects were manually collected when used as an independent or outside of components.

Vue.js 3.2 provides the ability to create custom web components and the flexibility of the Composition API. However, Vuejs 3.2 also comes up with bug fixes and there are no breaking changes to the public API. They just support compatibility-related files. The documentation of Vue.js has a good length that explains every aspect of the difference between Vue-specific components and web components.  If you are looking to use Vue.js for your upcoming projects, knowing the above features of Vue.js 3.2 will surely help you in development.