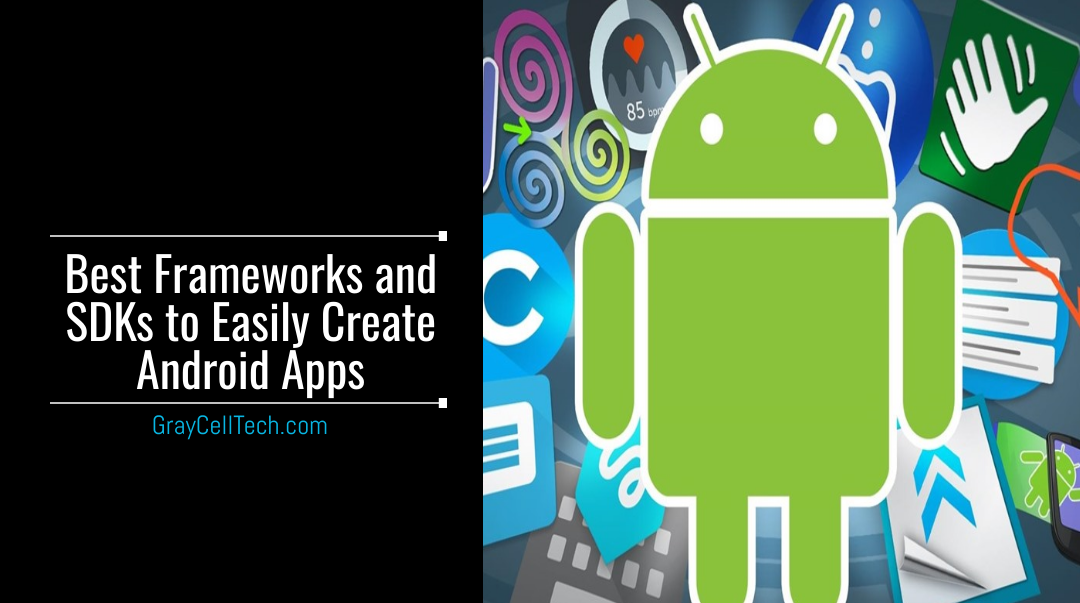 At present, developers consider android as the best operating system for building custom applications. Android applications are much more progressive and adaptable. In addition to this, the android platform is more versatile and has a massive community base that is accessible to manage and provide the necessary information. We know that apps are an integral part of the digital universe. Each organization (small or big) has created its own application to connect with consumers.

Hence, if you are an entrepreneur and want to build an application for your business, then choose the best android app framework according to your unique project and application requirements.

Let’s have a look at the most popular android frameworks used for building an android app.

Xamarin is one of the best frameworks for android app development that is run by Microsoft company. This framework is used by more than 1.5 million people worldwide. Its advanced characteristics befit the C# developers who are finding ways to develop the application without utilizing JAVA. Cloud Testing is also being integrated with this framework so that it is convenient to test the applications in various devices.

Xamarin is appealing to developers due to the ability to share codes. This feature reduces the time to code and also reduces bugs occurring with the software’s developmental processes. Windows and macOS platforms assist in sharing your code to different devices.

Corona SDK is a cross-platform framework that supports developers to create mobile and desktop applications. This android framework is highly popular among game developers as it integrates a lightweight and multi-paradigm programming language, LUA, that enables ten times faster development compared to other android app frameworks.

Corona is available for free for both Mac OS X and Windows and provides real-time testing support and native UI support. In addition to this, it consists of over 500 APIs and a dynamic advertising platform built for developers. Corona is an ideal framework for app development as its API includes features of graphics, particle effects, networking, and widgets, which are easy to use and add into applications.

Flutter is an android framework that is designed and developed by Google and written in Dart language. This multi-platform mobile application software development kit (SDK) builds applications in a way that is different from other android app frameworks.

Accelerator Titanium is an android framework that runs on JavaScript. It has all the necessary tools that can build an app. This framework is a visually-oriented app building procedure that requires less time. The in-built block of codes is easy to drag and drop while creating an application. The visually-oriented procedure speeds up the app development process with a few lines of codes. Hence, developers can save hours of working on app development. The application can be manually tested after it is successfully created.

Phone Gap is an android app framework that is an open-source distribution of Cordova. It inculcates the benefits of the technology that is being developed by a team of different developers. In addition to this, there is access to the Phone Gap tool set to make the mobile run faster. The user will work in the cloud and the applications will develop with the updated SDK platform. The hydration feature is also available in this framework to debug faster and build cycles.

This framework imparts only a single codebase for any of the platforms. It is being developed on standardized web technology. Ionic helps developers to create and ship the cross-platform hybrid applications. Using this framework, developers can build native apps and binaries in the cloud and receive from the code to the app store without the platform dependencies.

ReactNative is an open-source version of Facebook’s JavaScript framework. This framework develops native mobile applications. ReactNative has been used by Fortune 500 companies such as Tesla, Walmart, and Instagram to create mobile apps.

The basic building blocks of ReactNative apps are the same as native apps. Therefore, it is difficult to distinguish between apps built using ReactNative and Java. Developers can manually optimize ReatNative apps by adding codes written in other languages like Java, Objective-C, or Swift.

Kotlin was created by Google and became the official Integrated Development Environment (IDE) for Android. This framework is fit for modern programming languages and works well for android applications and their functionalities. Kotlin works on Java and runs on Java Virtual Machine (JVM). Applications built with Kotlin and Java share similar byte code structure due to which they run at the same speed. Large enterprises (like Atlassian and Uber) are already using Kotlin and other organizations are yet to switch to this framework.

It is an enterprise-oriented product for designing cross-platform mobile-web apps with JavaScript and HTML5. It utilizes modern web technologies to provide developers with data-intensive design tools. Sencha was originally known as Sencha Touch. It scores high in terms of native looks and feels across multiple platforms. It utilizes the JavaScript framework Ext JS at the core to create high-performance apps with native-like experience. Its themes and tools facilitate optimization and enhance productivity.

A framework is a significant tool for android app development. It must be taken into account that every project and application has its own unique requirements. Among the wide spectrum of app development frameworks, the best android framework is chosen only after determining the various essential factors.

Cross-platform app development is an apt solution for businesses because the applications built using the cross-platform framework can run on any device and operating systems like Android and iOS. These applications can be published on multiple platforms using a single codebase and thus, these apps are cost-effective.