Comparison Between Next.js Vs React 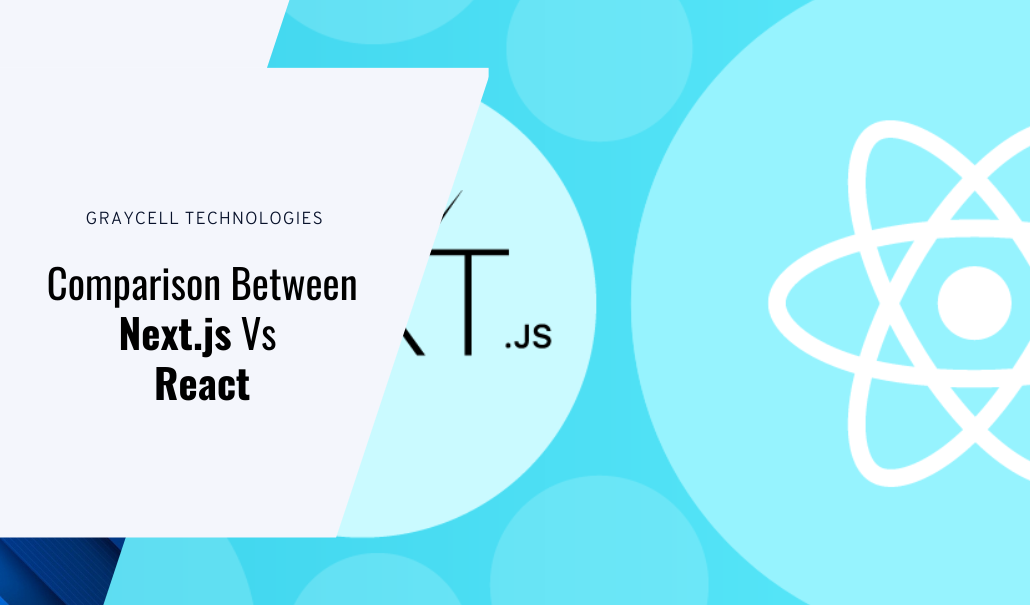 One of the main concerns while starting a project is figuring out which platform to utilize. Next JS and React are two of the most popular tools among front-end web developers’ communities. Many people struggle to recognize the distinction between Next.js and React. However, each is designed for solving different problems.

Next JS is easier to use and migrate than React, but both are good for creating web applications. React is better for building web applications and Next JS allows to build UI with a single code base. However, React is a library and NextJS is a framework, but do you know the difference between a library and a framework? So while choosing from one of them, be sure to consider the pros and cons of both.

Libraries and frameworks are reusable predefined code, which helps to solve common problems while developing an app.

A library is a set of functions that can be called in the app to solve a specific problem. Each call does some work and returns control to the client. Some examples are routing, date management, transforming data, and much more.

A framework is a collection of libraries that work together in a systematic way to help in building a fully functioning app. A framework is itself an application, embodies some abstract design, and includes almost everything necessary to make a user application.

Next.js is an open-source and easy-to-use development framework, which is built by Vercel. Next.js calls itself the React Framework. This means Next.js is based on React and provides all the core features that need to deploy a React application. A few commonly used features are server-side rendering (SSR), pre-rendering, static site generation (SSG), webpack support, page routing, etc.

Also, it has all the functionality that is needed to create a web application with zero configuration.

Next.js have a set of distinctive features and some of the main ones are:

Here are some of the main reasons why developers are inclined to use Next.js:

React is a JavaScript library for building user interfaces developed by Facebook in 2013. Since its release, React has become one of the most commonly used libraries for front-end applications. React components are easy to use because of their declarative nature. It is used to design interactive user interfaces, mobile apps, single-page applications, and many more effortlessly. Some of the most popular platforms and apps that are made with React are Facebook, Netflix, Reddit, BBC.com, Airbnb, etc.

Comparison between React and Next.js

Both are amazing tools, but only for performing certain tasks. Here is a comparison, so you can choose your desired technology for your project. Let’s go deeper into the details

Both React and Next.js follow the concept of easy to code and require less code as well.

Next.js has a wide range of features like Server-side rendering (SSR), Static export (SSG), Pre-rendering, and much more. All of these features will help to create a dynamic web application. While React is easily extensible and can include features like routing as well as state management patterns with libraries like Redux.

In any project, good documentation can help you easily use the tools. For developing a dynamic application, you need additional courses, books, tutorials, and articles. There is a lot of information available for both React and Next.js across the web.

Both Next.js and React are open-source, which means free. Therefore, building an app with any of these solutions won’t cost you.

You choose frameworks and libraries according to the projects’ needs. What happens if you run into a problem, the chances are good that you will be wasting a lot of time by finding answers on documentation. In this situation, a large community of developers helps you through the forum,  stack overflow, and Github. Both React and Next.js, have an active community that provides the solution with minimum effort.

Next.js has more features and tools, while React.js has better resources. Both React and Next.js provide powerful features for developers in their own specific way. React allows you to build things and has a strong community. Next.js makes the development job easier with its tools. To make it easier for you to choose between these technologies, we have reviewed them in detail. We hope this discussion provides some insight into how you can use them in your projects.