Is Flutter the Future of Mobile Development? 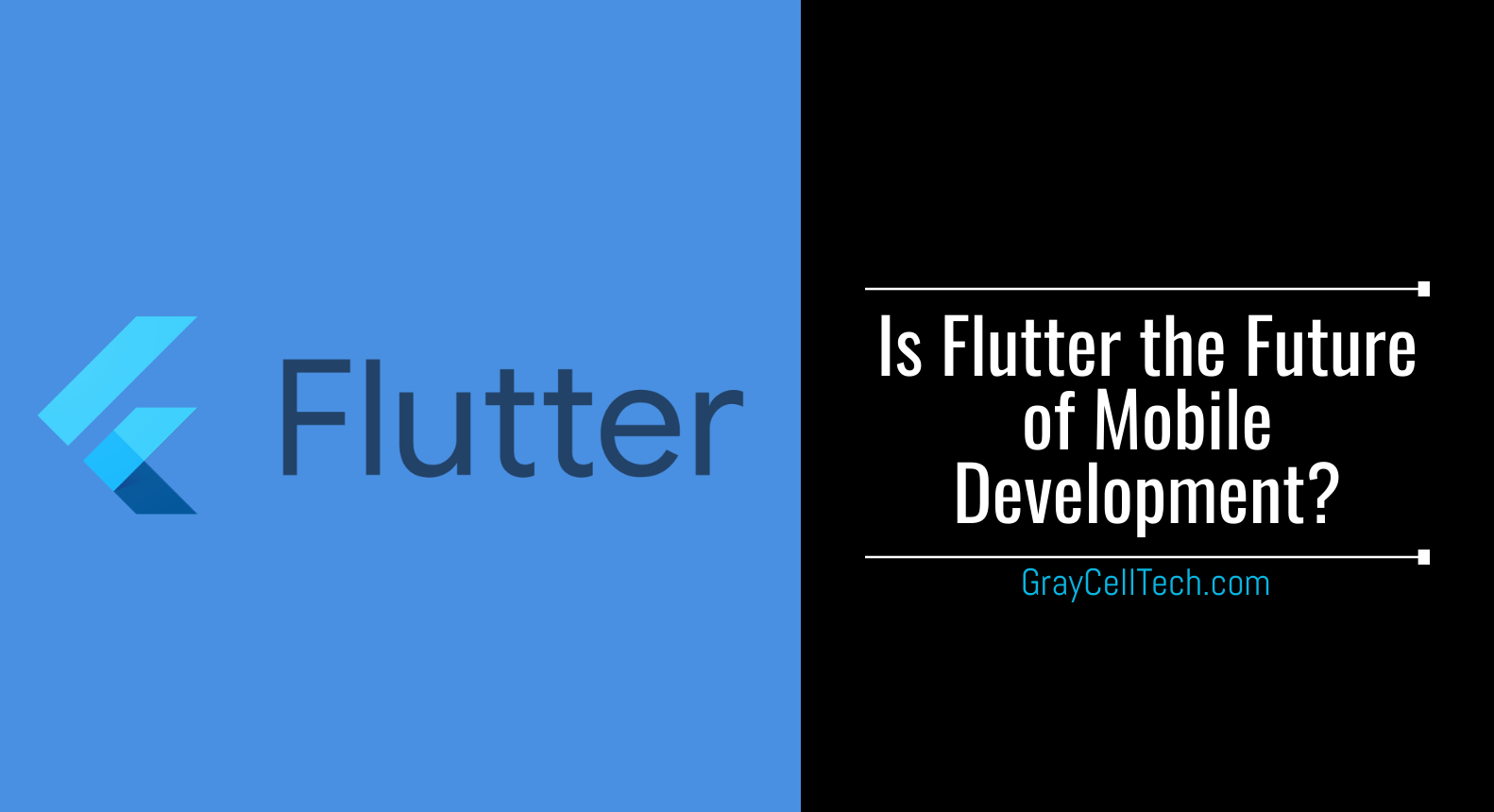 Flutter is an open-source software development kit built by Google. This is the leading app development framework for developing cross-platform applications. It utilizes Dart programming language, which allows developing web/mobile app servers and utilities for IoT devices. The amazing features and cross-platform performance of Google’s power-packed SDK have compelled developers to switch to Flutter in app development. This cross-platform app development framework has helped many startups in establishing their brands. For instance, Alibaba created a mobile application(Alibaba.com) that helps a user to buy e-commerce products from suppliers around the world. It incorporated Flutter to power a few parts of the app.

Why choose Flutter for Mobile Development?

Flutter is based on Dart programming language that can be easily learned and used by developers having experience in writing Java and C# codes. Dart supports rich tools that make the app development faster and productive.

Google’s product (Flutter) offers great support from scratch i.e., from setting up to building the application. It implements material design concepts through its numerous ready-to-use widgets (good enough to get started). Moreover, Flutter documentation is comprehensive, simple, and easy to understand.

Flutter app development requires a single language for both Android and iOS platforms. There is no need to maintain separate files for both of them. One time coding has an advantage that code is written only once but can be re-used. Also, it becomes easy to include the most important and unique features in the app.

Flutter offers a native-like experience on both Android and iOS devices. It eliminates the requirement of multiple frameworks for multiple platforms for giving a rich user experience.

Comparison: Flutter Vs Other Cross-Platform Frameworks

React Native utilizes a dynamic and complex language (JavaScript) to build cross-platform apps. This language requires training to deliver rich functional applications. However, Flutter utilizes Dart language that is easy to learn and use.

Unlike React Native, there is no need for separation of templates or data while using flutter, and developers can code everything from a central location. Whereas, developers require third-party libraries to build an app using React Native.

Flutter and Ionic mainly build a UI framework for high-performance applications. Both frameworks provide a native-like experience to users and are equally great in deploying an app across mobile and desktop.

Ionic is a better choice for developing desktop or web applications. But, developers prefer Flutter to Ionic due to its mobile performance.

Ionic renders an application using web technologies that decrease the speed and performance of the app. On the other hand, Flutter has a library with a huge design catalog that makes it the best fit for aggressive animations.

Both Xamarin and Flutter are open-source app development frameworks, but Xamarin is paid for commercial development, whereas Flutter is free of cost. Both frameworks enable developers to build high-performance applications, just like native apps. However, using Xamarin forms, the performance declines due to an additional abstraction layer. Flutter is easy and super fast and its hot-reload feature allows releasing the app quickly and easily.

Xamarin is not suitable for building applications using heavy graphics, whereas Flutter is a better option for apps with complex visuals, which is why it is widely used for game development.

The future requires the capabilities of cross-platform development and the strength and support of native app development. Flutter has gained a lot of attention since the time Google has announced Flutter 1.7. Although Flutter has amazed everyone by its performance (when compared to other cross-platform frameworks), yet it cannot beat the functionality of native apps. Google is making continuous efforts to polish this framework and make it useful to the community. Due to the various advantages of this framework (such as amazing UI, affordable developmental cost, good for MVP, great support from Google), Flutter made its place in the top 7 cross-platform app frameworks for 2020. This means techies believe that it has a lot of scope in the future. Overall, Flutter is a viable option for mobile app development for various businesses, startups, or enterprises.